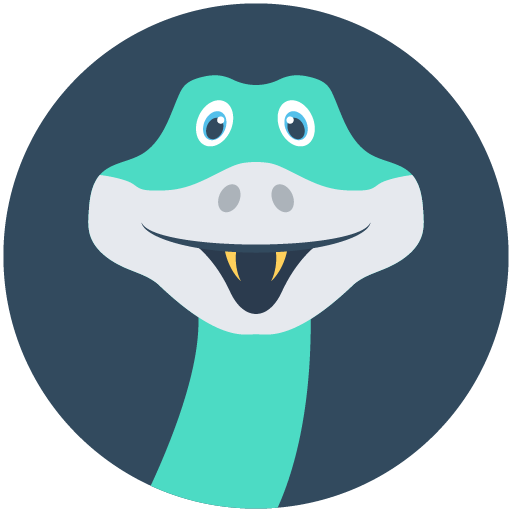 What is a snakes favorite dance?
The Mamba!

What kind of snake keep its car the cleanest?
A windshield viper!

What snake is a member of the band?
The RATTLEsnake!

What do you get when you cross a snake and a pie?
A PIE-THON!

What did the naughty little diamondback say to his big sister?
Don't be such a rattle-tail!

What does an exhibitionistic snake wear to the beach?
A pythong.

What do you call a snake that tells jokes?
Monty Python.

How do you measure a snake?
In inches. They don't have any feet!

Did you hear about the snake love letter?
He sealed it with a hiss.

In which river are you sure to find snakes?
The Hiss-issippi River!

What do you call a snake who works for the government?
A civil serpent!

What did the snake give to his wife?
A goodnight hiss!

If you crossed a snake with a robin, what kind of bird would you get?
A swallow!

Why did the snake laugh so hard she started to cry?
She thought the joke was hisss-terical!

How does a snake shoot something?
With a boa and arrow!

What's the wrong time to reason with a snake?
When it's throwing a hissy fit.

How do you know it's time to buy a new pair of shoes?
When your old ones have snake eyes.

Why don't snakes need to weigh themselves?
Because they have their own scales.

What is the most popular snake dialect?
Boomslang!

What do snakes do after they fight?
Hiss and make up!

What do snakes use to cut paper?
Scissss-ors!

What do you call taking a selfie with a rattlesnake?
A missssss-take.

Why was the mongoose listening to Taylor Swift?
He was trying to "Snake It Off".

What kind of snake is completely different?
A Monty Python.

What do you give a baby mongoose?
A rattle-snake.

Why did the cobra ask a man out on a date?
Because he was a snake charmer.

Why did the Meerkat die?
Because she trusted a snake in the grass.

Did you hear about the man who crossed the snake mafia?
He was given the hiss of death.

What do you call a snake that builds things?
A boa constructor!

What do you call snake without clothes?
Snaked.

What do you call a snake that only eats desert?
A pie-thon.

What is a snake's favorite subject?
Hiss-tory!

What type of snake does a baby play with?
A rattlesnake!

What's a snake's favorite school subject?
Math, because it's an adder!

Why did the snake cross the road ?
To get to the other sssside!