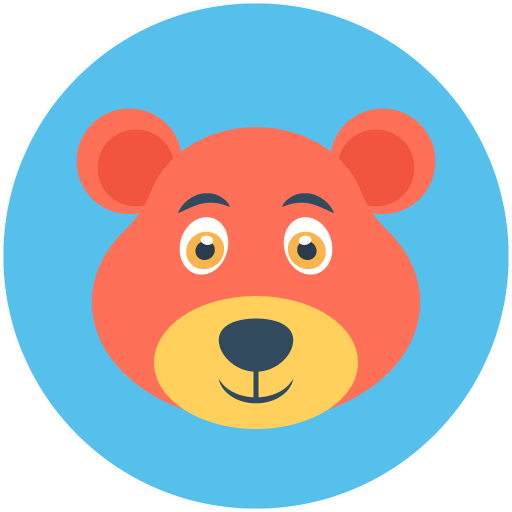 How do black bears keep their den cool in summer?
They use bear conditioning.

What kind of hugs do polar bears give?
Bear hugs!

What is it called when you dream that polar bears are chasing you?
A bitemare!

What do polar bears like to have for lunch?
Ice burgers.

What is a polar bear’s favorite shape?
ICE-osceles triangle.

How can you catch fish without using a fishing pole?
With your BEAR hands.

What do you call a bear that has no teeth?
A gummy bear.

Why do pandas like old movies?
Because they’re in black and white.

What did the teddy bear say after dessert?
I’m stuffed!

What does Baloo the Bear pack for a trip?
Just the “Bear” necessities.

What do you call a grizzly bear at the North Pole?
Lost.

Why did the polar bear swim across the river?
To get to the other side.

What color socks do bears wear?
They don’t wear socks, they have bear feet!

How do polar bears send letters?
By bear mail.

What is black and white and red all over?
A panda bear with a bad sunburn.

Why aren’t Teddy bears ever hungry?
Because they’re always stuffed.

Why was the little bear so spoiled?
Because its mommy panda’d to it.

What do you get when you cross a skunk with a bear?
Winnie the Pee-yoo.

Why did the polar bear swim across the river?
To get to the other side.

What do you get when you cross a Teddy bear with a pig?
A Teddy boar.

Why are igloos round?
So polar bears can’t hide in the corners.

What don’t you need to hunt bear?
Clothes.

What are polar bears called when they’re caught in the rain?
Drizzly bears.

What do you call a polar bear on thin ice?
An ice breaker.

What animal do you look like when you take a shower?
A little bear.

What would be a balanced diet for a polar bear?
A seal in each paw.

What has four legs and a flipper?
A happy polar bear.

What do you get when you cross a polar bear with a rose?
I don’t know but I sure wouldn’t try to sniff it.

What animal hibernates while standing on its head?
Yoga Bear.

Why are polar bears so cheap to have as a pet?
They live on ice.

What do Alexander the Great and Winnie The Pooh have in common?
They both have ‘The’ as a middle name.

Why do polar bears have fur coats?
Because they would look silly in ski jackets.

Where do you find polar bears?
It depends on where you lost them.

What do you get if you cross a grizzly bear with a harp?
A bear-faced lyre!

What do Chinese bears like to eat for breakfast?
Panda-cakes!

What kind of car does a grizzly bear drive?
A Furrari.

Which kind of bear changes his mind every few minutes?
A bi-polar bear.

What should you do if you're hiking and see a warning about bears?
Bear it in mind!