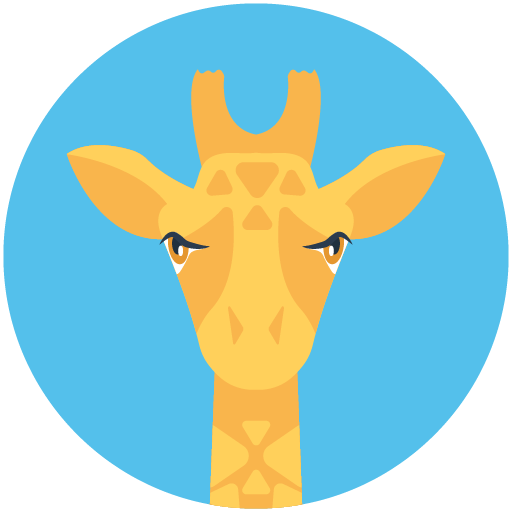 Why are giraffes so slow to apologize?
It takes them a long time to swallow their pride.

What do you call a giraffe winning a horse race?
A longshot.

What do you get when two giraffes collide?
A giraffic jam.

Why was the giraffe late?
Because he got caught in a giraffic jam!

A giraffe walked in to a bar and the bartender says "Whats with the long face?"

What did Dracula say then he saw a giraffe for the first time?
I'd like to get to gnaw you.

What's the silliest name you can give a giraffe?
Stumpy.

Why did the giraffe get bad school grades?
He had his head in the clouds.

What do you get if you cross a giraffes with a police-man ?
Long-arm of the Law!

Why don't giraffes like fast food?
Because they can't catch it!

What do you call a royal giraffe?
Your high-ness.

Why do giraffes have long necks?
Because their feet smell!

What do you get when you cross a giraffe with a hedgehog?
A twelve-foot toothbrush

What do you call an animal that turns into a boat?
A Gir-raft.

What do giraffes have that no one else has?
Baby giraffes!

Why didn't the giraffe invited to the party?
He's a pain in the neck!

Why do giraffes have long necks?
Because their feet smel!

The local zoo only has giraffes.
They call it Giraffic Park.

I just bought a giraffe online.
Not sure if it will be delivered though, I suspect it’s a tall order.

Giraffe graduated early from university.
He was head and shoulders above his class.

Why does a giraffe need such a long neck?
Because its head is so far away from its body.

Why did the giraffe leave the party?
Because it was giraffing him crazy.

Knock, knock!
Who's there?
Giraffe.
Giraffe who?
Giraffe anything to eat? I'm starving!

Knock, knock!
Who's there?
Giraffe.
Giraffe who?
Get Giraffe out here