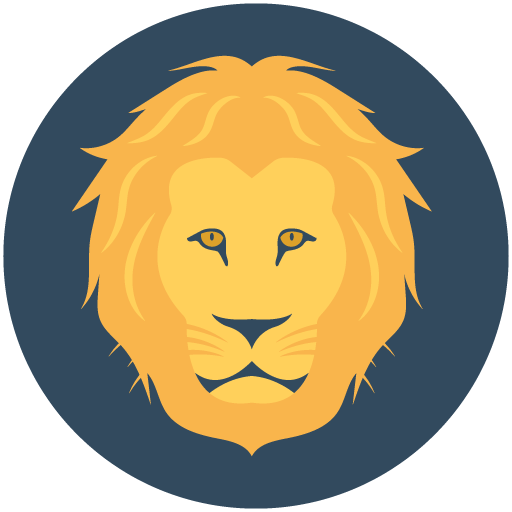 Why did the lion spit out the clown?
Because he tasted funny.

What does a lion do on a boat?
Use his Roar

What's the difference between Simba and O.J.?
One's an African lion the other a lyin African!

Why did the lion lose at poker?
Because he was playing with a cheetah

What do you call a lion wearing a stylish hat?
A dandy lion

What job does a lion do at a newspaper?
Run the lionotype machine!

What happened when the lion ate the comedian ?
He felt funny !

What does the lion say to his friends before they go out hunting for food ?
'Let us prey.'

What do you get if you cross a lion with a watchdog ?
A terrified postman !

What's the difference between a tiger and a lion ?
A tiger has the mane part missing

What do you call a lion with chicken pox?
A dotted lion.

What do you call a lion who chases camels across the desert?
A chameleon.

How do you take a lion's temperature?
Very carefully!

What do you get when you cross a lion and a snowman?
Frost-bite!

Why did the lions eat the preacher?
because he told them that they must put away their pride!

Why are lions religious?
Because they prey frequently, and prey as a family!

Where does a lion sleep?
Anywhere he wants to!

How does a lion greet the other animals in the field ?
'Pleased to eat you.' !

Why do lions always eat raw meat?
Because they don't know how to cook.

How much does a lion trainer have to know?
More than the lion!

Why did the lion trainer buy new clothes for working with his lions?
He wanted to take 'pride' in his appearence!

What do you call a cat with a lions roar?
Kitty Perry.

What do you call a lion thats a talk show host?
Larry King of the Jungle.

On which day do lions eat people ?
Chewsday !

Why don't lions like fast food?
Because they can't catch it!

What is a lions favorite state?
Maine

What street do lions live on?
Mane St.

Why didn't the lion eat the detective?
Because he was under cover.

Why do lions always eat raw meat?
They can't cook?

What animals do you need to make a square?
4 Lions.

What do you call a lion’s reflection?
A copycat

How do lions like to pass the time?
By lion around.

What happened after the lion ate a commedian?
He felt funny.

What do you call a big cat in a boxing ring?
The punch lion.

What's the difference between a tiger and a lion?
A tiger always tells the truth. The other one's a lion.

How much do you need to know to be a lion trainer?
A clawful lot more than the lion does!

How did the tiger do his first day as a lion impersonator?
He was a roaring success.

Why couldn't the tired tiger get to sleep?
He had nothing to lion.

How many cats do you need for a square?
Four lions.